We Are Wired for Contribution and Not Consumption 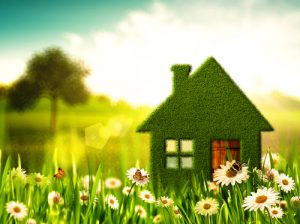 Summer is in full swing here at the farm and times are busy with it!  I’m re-posting a blog from a couple of years ago that re-appeared in my thoughts recently as we are looking forward to the upcoming harvest.  Jamee and I are so grateful for this beautiful farm and the abundance that flows from it.  As we make plans to share that harvest, we are reminded that we are wired for contribution and not consumption.  Enjoy!  And as always, I would love to hear your stories of generosity and abundance shared.

“When you are grateful, fear disappears, and abundance appears. “

We have lived with myths about generosity for so long that we see them as truth. I’ve often heard: “Oh that’s not generous, that’s just the way I am.”

It is as if the only way that we see that contributing is “generous” is if we don’t want to give…. But we give anyway. I wonder if we think that an act isn’t generous if it’s easy. “I’m not being generous if I would do this anyway.” Nonsense!

Here’s another thing that I’ve noticed. When someone is building a generous life there is often a sense of shame, especially when it comes to money. “I could have given more,” “She gave more than I gave,” or even “I hated to say no to them, but I just don’t have the capacity.” Where does this come from?

Perhaps it is natural to compare ourselves to others. But when we consider the notion of contributing in simple ways, with currencies other than money, like building a bridge between two people for their benefit not our own, it is easy way to build a generous life without a feeling of shame.

In 2017, two major hurricanes hit the southwestern United States. In Houston, TX Jim McIngvale, well known in the area as “Mattress Mack,” owns several large furniture stores. When he saw that many were in need of a safe place to ride out the storm, he opened his stores to the public and allowed them to sleep on his inventory. “We’ve got lots of beds, we’ve got lots of food, we’ve got water and you can even bring your animals.” Many took him up on his offer. He even sent out his large trucks to bring people in. “Mattress Mack” used what he had. It was simple, yes, but a huge gesture to many, maybe even lifesaving.

Remember, there are three generosity currencies, not just one. Spend your relational equity first, then volunteer with what you are best at, finally spend your money on those who match your heart’s desire to change the world.

When you consider this myth about generosity, what comes to mind?  Do these thoughts help you to redefine generosity in your life?

“I believe as John has described, that when you give to something you are passionate about it is not work! It becomes bigger than one person, and the experience is truly a gift from God for all involved.”